With the advent of COVID and the resulting test-optional policies at most colleges and universities, it may be easy for students to breathe a sigh of relief and turn their attention to other endeavors.

Why would students put in countless hours of studying, practice tests and anxiety that standardized tests require and why would parents invest money in test prep and time in nagging their kids to study if it won’t make much of a difference?

Well, not so fast. Maybe it still does.

In speaking with admissions officers at many highly selective universities, the overarching sentiment is that this period of 3-4 years is a “test,” a “wait and see” to determine how test-optional admissions policies will impact overall outcomes. While it is likely that many schools, like the University of California system, will end SATs and ACTs indefinitely, the jury is still out on the rest of the higher education landscape.

Upon examining the data from the 2020-2021 admissions cycle collected by Compass Prep, it appears that submitting test scores is advantageous for both public and private institutions, both small liberal arts colleges and large research universities. 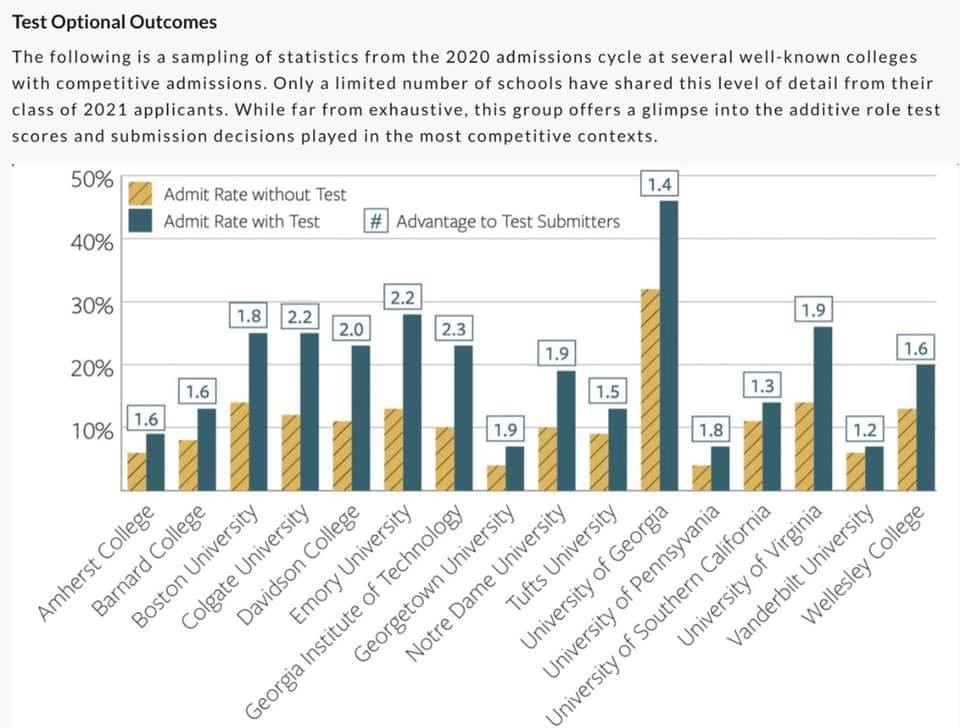 Across the board, we see an overall advantage for students who submitted scores over those who didn’t. Now, that might be because the students who submitted scores were those who had scores within the range of admitted students and were stronger candidates, overall. But, in a process that depends on so few pieces of information – some numbers, some letters, and a few short writing pieces – I would posit that having more information is better than less. And, once admitted, standardized test scores can have big implications on important factors such as merit aid and course placements.

So, for the time being, I am encouraging all students to prepare for standardized tests as they always have. The good news is that they can approach them with less anxiety since, we are still living in a “test-optional” world and they still have the power to decide whether they should submit those scores or not.