For many students, gaining admission to an “Ivy League” school is the pinnacle of academic accomplishment. With some of the lowest acceptance rates in the country (ranging from 3% – 9%)*, Ivy League schools maintain the ability to select and educate the most talented students across the globe. The Ivies have a proven track record of producing the world’s most prestigious graduates in a variety of fields, including business, politics, entertainment, sports, medicine, art and law. In fact, most of the recent US presidents attended an Ivy League school (George HW Bush: Yale, Bill Clinton: Yale, George W. Bush: Harvard, Barrack Obama: Columbia & Harvard, Donald Trump: University of Pennsylvania). While members of the Ivy League are committed to meeting full demonstrated financial need, they offer no athletic or merit scholarships. 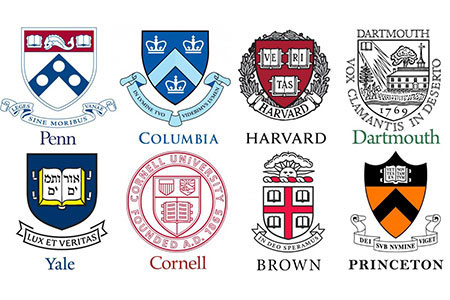 Despite being revered for academic excellence, admissions selectivity and rich traditions, the term “Ivy League” actually refers to an athletic conference that includes 8 private universities, most of which were founded during the Colonial Period. Cornell is the exception on both accounts: it was founded in 1865, just after the Civil War, and is a land grant college that receives state funding for three of its seven undergraduate colleges. The other members of the Ivy League are Brown, Columbia, Dartmouth, Harvard, University of Pennsylvania, Princeton, and Yale. Although not formally designated as part of the Ivy League (or members of the athletic conference), Stanford and MIT are often discussed in the same group.

Below are the acceptance rates for the “Ivy Plus” schools:

Acceptance Rates for Class of 2026

Acceptance Rates for Class of 2026